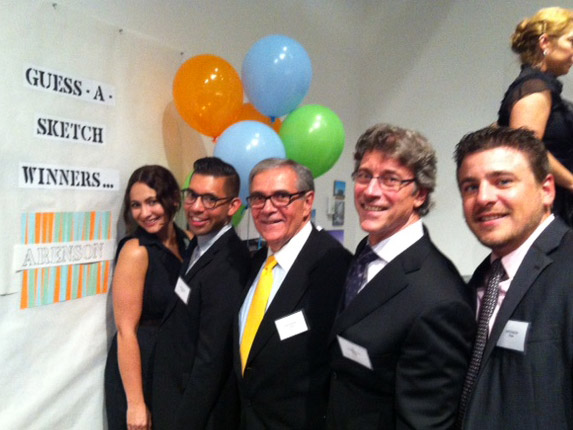 In the first round, Arenson vanquished Gensler and Perkins Eastman by correctly guessing drawings of Notre Dame Cathedral and the Flatiron Building. Having advanced to the second round, the Arenson Team correctly guessed drawings of the British Museum and Mont Saint-Michel, thereby eliminating Sciame and Cerami Associates.
A collective gasp was heard when everyone at the Center came to the realization that a mere furniture dealership had beaten architectural, engineering and construction titans. Christa Adymy summed up her surprise at winning when she said, “The furniture mutts take the gold! Who would have known?” 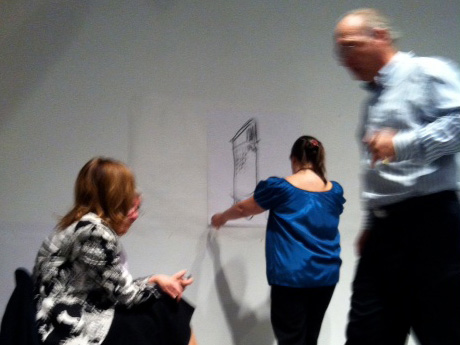