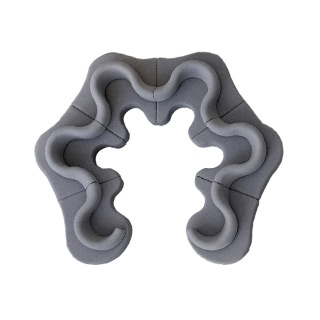 An upholstered sofa with a build-up system. Cloverleaf is a modular sofa system consisting of right, left, middle and extended unit.

When Panton was commissioned to design a sofa consisting of modules, he wanted to design one, in which the modules were not simply a long series of repeats, but one, which became increasingly sculptural as more modules were added. Cloverleaf was designed to resemble clover, meandering and unfolding, as it gets longer.