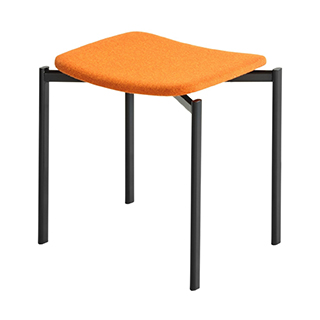 The timeless and elegant design idioms of the Kiki Collection by Artek have made it one of the most iconic lines of public furniture in Finland.

Upholstered with fabric or leather

Ilmari Tapiovaara wanted to design inexpensive furniture for broader audience. He made use of materials that were readily available in Finland in the 1940s, such as solid birch. Later in the 1950s, he began to develop multipurpose chairs made of steel tubing and plywood. In the Kiki series Tapiovaara employed a more clean cut design idiom instead of the more organic style he had favoured previously. Instead of wood, he chose oval steel tubing as the structural and unifying element of the whole Kiki collection.

Kiki establishes the current direction for furniture design at this time. Kiki’s timeless and elegant design idiom has made it one of the most popular pieces of public furniture in Finland.